This column is an opinion from Wes McLean, a former deputy chief of staff to New Brunswick Premier Blaine Higgs. For more information about CBC’s Opinion section, please see the FAQ.

When the world finally realized that COVID-19 required an immediate and drastic response, governments around the world were scrambling. This was uncharted territory. Initial lockdowns and restrictions on travel were implemented throughout March 2020.

The New Brunswick experience is telling. It characterized a marked departure from the paths taken elsewhere, and contributed significantly to a prolonged period of stability in the province.

The 2018 election resulted in a minority assembly, with then-Premier Brian Gallant attempting to hold on to power for over a month, but later being defeated on a throne speech vote by the Blaine Higgs PCs and the upstart and populist People’s Alliance, led by Kris Austin.

By February 2020, the Higgs minority was in a fragile situation. Two byelections were due: one to replace former premier Gallant in the ultra-Liberal bastion of Shediac, another in the riding of St. Croix, due to the death of minister Greg Thomson, where the People’s Alliance appeared to be making inroads. Health-care reforms were shelved because of the inability of regional health authorities to follow through on implementation due to an outcry in affected communities.

The die was cast by the opposition: they were set to defeat the Higgs government on a budget vote scheduled for March.

Then the world tilted on its axis.

Education Minister Dominic Cardy, paradoxically the former NDP leader, could see the storm clouds brewing, long before others acknowledged the problem. When the minister ordered students returning from overseas trips to not attend school for 14 days, one prominent organization noted that Cardy’s actions were “not rooted in evidence-based public health policy.”

Those views would quickly change and Cardy would be on the right side of history. 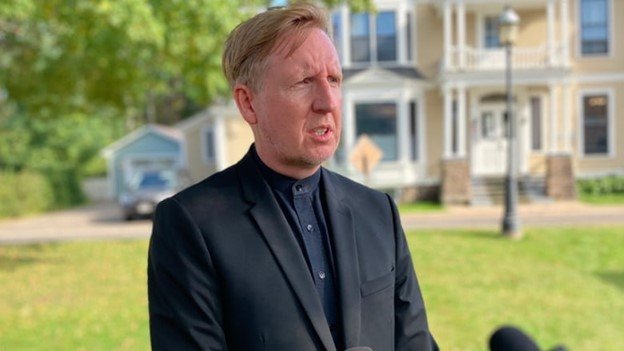 Education Minister Dominic Cardy could see the storm clouds brewing, long before others acknowledged the problem. He ordered students returning from overseas trips to not attend school for 14 days in early March 2020. Cardy would be on the right side of history, writes Wes McLean. (Jacques Poitras/CBC)

As the severity of the coronavirus became crystallized in North America, New Brunswick had the advantage of Cardy’s forewarning. When the legislature resumed, Premier Higgs met early on with the leaders of the three other political parties represented in the assembly, along with Cheryl Hansen, the Clerk of the Executive Council, and Deputy Minister of Finance.

Higgs and Hansen stressed that the province was entering a crisis, and resources would need to be deployed to keep our health-care system from being overwhelmed, provide core public services, and general pandemic response. They highlighted the need for a budget to be passed and for partisan swords to be set aside in the interim.

No one had any idea how long this situation would last. No doubt comforted by the advice of the professional public service, all three leaders agreed.

Members of the legislative assembly then passed the budget in 17 minutes.

Later that same day, a new era of co-operation was embarked upon. Premier Higgs authorized the formation of the cabinet committee on COVID-19, and invited all three opposition party leaders to join. All three agreed and were sworn in.

There were rumblings that this new model would not work; would the other party leaders have outsized influence?  Would cabinet effectively rubber stamp the committee decisions? Or conversely, would the committee’s decisions be altered by the full cabinet?

It was a “beau risque,” in the words of René Lévesque, and it worked. There would be moments of disagreement, but the maturity of all four leaders, and the overarching purpose of the committee’s work, meant that harmony prevailed most of the time.

As leaders worked alongside the professional public service, in particular, the office of the chief medical officer of health, it became apparent that decisions could be taken when everyone benefited from the same information. Leaders could understand that there was a policy rationale to suggested courses of action, not a political imperative for Premier Higgs.

A routine highlight of the cooperative model came on Friday mornings, when all four party leaders would appear on CBC Radio’s Information Morning. Not every decision was agreed upon all the time by all leaders, but the theme throughout the work of the COVID-19 cabinet committee was unity of mission and purpose. 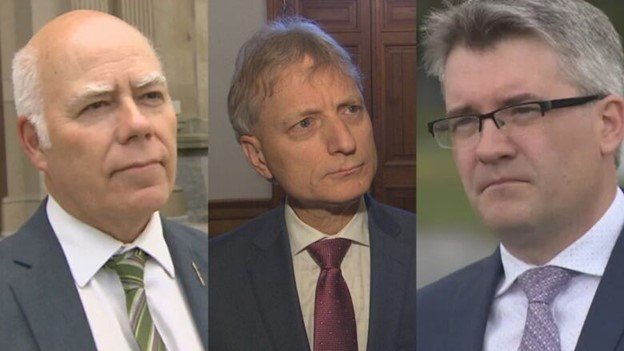 The most visible and impactful decision of the COVID-19 cabinet committee was to create border checkpoints and bar unnecessary travel into the province. Constitutional lawyers cried foul, but the advice received by the Department of Justice was that the province had the legal wherewithal, via the Emergency Measures Act, to implement border controls as a public health and safety imperative.

Despite the hue and cry from those affected, the general public embraced that decision as well, giving leaders the comfort of knowing that their actions were being broadly supported.

The philosophy behind the border clampdown was simple: limit entry to New Brunswick to curb the spread of the virus and allow New Brunswickers to maintain as much freedom as possible within New Brunswick.

During this time, New Brunswick also had a provincial election, resulting in a majority government for Premier Higgs. However, the COVID-19 cabinet committee continued, with the interim Liberal Leader Roger Melanson replacing former leader Kevin Vickers after the election.

The COVID-19 cabinet committee wrapped up its work when New Brunswick entered “Phase Green” earlier this summer, however, with the delta variant now propelling COVID-19 cases to record numbers in the province, the committee has just been reconstituted and met this week.

This collaborative model is not typical given that politics is a zero-sum game. But the uniqueness of this crisis propelled New Brunswick into new territory. This model could be used for other public policy objectives, if leaders can agree to suspend partisan considerations in the pursuit of a greater goal.

The conundrum is when should the collaboration end? At some point, leaders will need to present differing policy options to the electorate, and opposition parties will not always want to be associated with government decisions. But in times of crisis, or when fundamental decisions are required, mountains can be moved by suspending short-term interests, and forging ahead with unity.